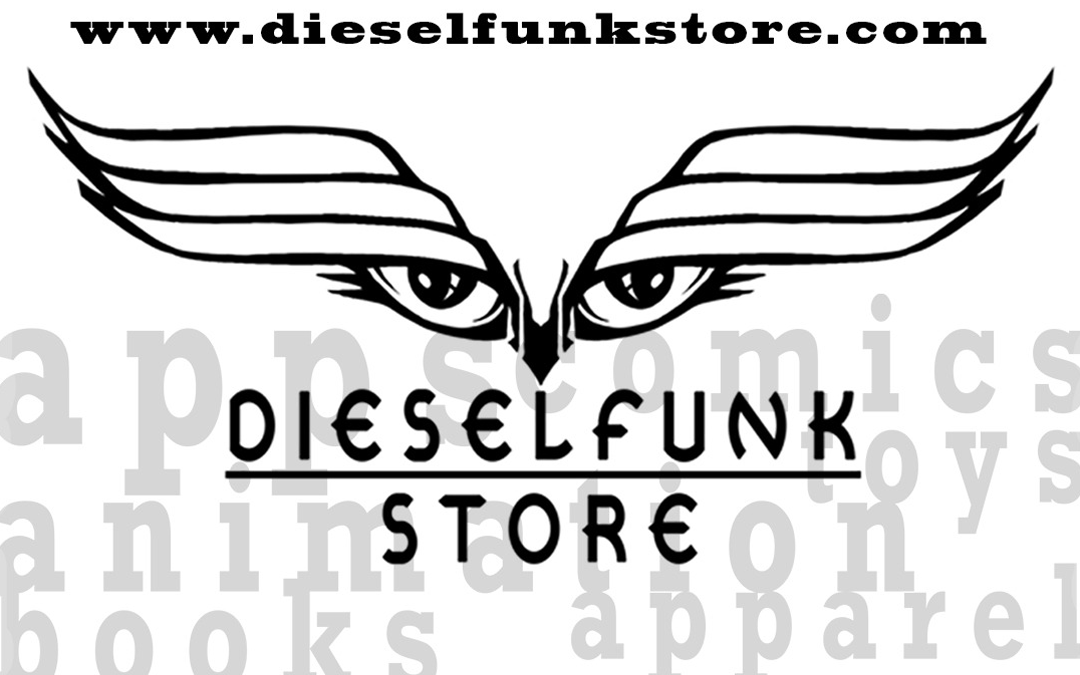 The Dieselfunk Store is Live!

THE DIESELFUNK STORE is LIVE

Greetings Dieselfunkateers!  The week keeps getting more and more AMAZING.  We are now announcing THE DIESELFUNKSTORE www.dieselfunkstore.com You remember all of those shirts, comics and posters, apps, and toys you jokers been bothering us about all these years…?

They are HERE and AVAILABLE FOR SALE!